Mystery of the green stream solved! 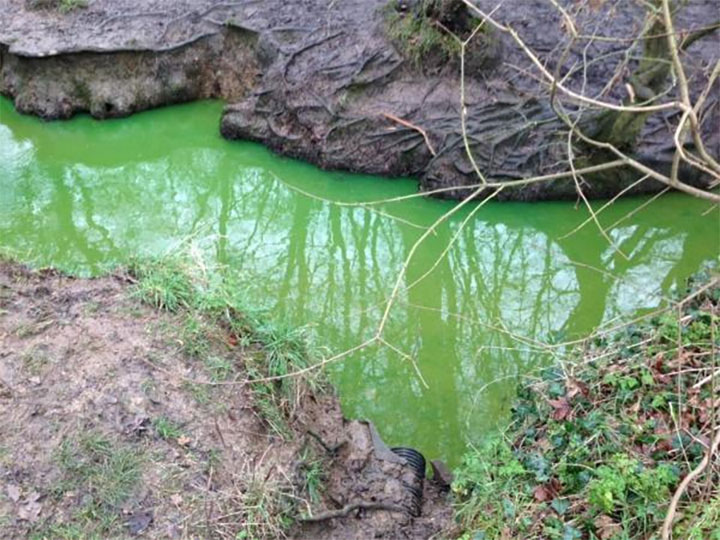 Several park users were disturbed to see the colour of the stream on Tuesday 6th January 2015.  Rochford District Council were informed straight away and they contacted Anglian Water.


Anglian Water advised Rochford Environment dept. that they had been carrying out some tracing work at Rayleigh East Water Recycling Centre (this is the sewage works upstream of Cherry Orchard Park)  during the afternoon of Monday 5th Jan. Their technician had been using green coloured, food standard tracing dye. They thought it was quite likely that some residual dye may have been held in chambers and displaced with high flows on Tuesday.

Whilst the discharge has not been traced back to the site, given the timing of the work and colour of the brook in the press photo this is probably the cause.

AW confirmed they are not planning to do any more dye tracing they will in future inform Rochford Environment department beforehand so that they are aware if they receive any enquiries.