“When it's all over, it's not who you were. It's whether you made a difference.”

Kirste was diagnosed with breast cancer in 2005, and underwent six bouts of chemotherapy and radiotherapy. She passed away on February 9th 2012, at the age of just 42 after raising more than £50,000 for breast cancer charities by running 23 marathons while fighting the disease. She joined Benfleet Running Club in 2001 and throughout her treatment she never stopped going to the club, and would train most days. Her smiling face will be forever missed.


Kirste loved the park and trained in it regularly.  The Friends of Cherry Orchard Park are very pleased to be able to support such a worthwhile cause and honour Kirste's memory.  We will be in the park on Sunday 10th, by the lake, ready to cheer on hundreds of runners giving up their time to raise funds for Macmillan Nurses and Bosom Pals.  Why not come along and join us.  Remember Kirste, cheer, whistle, clap....    make a difference! 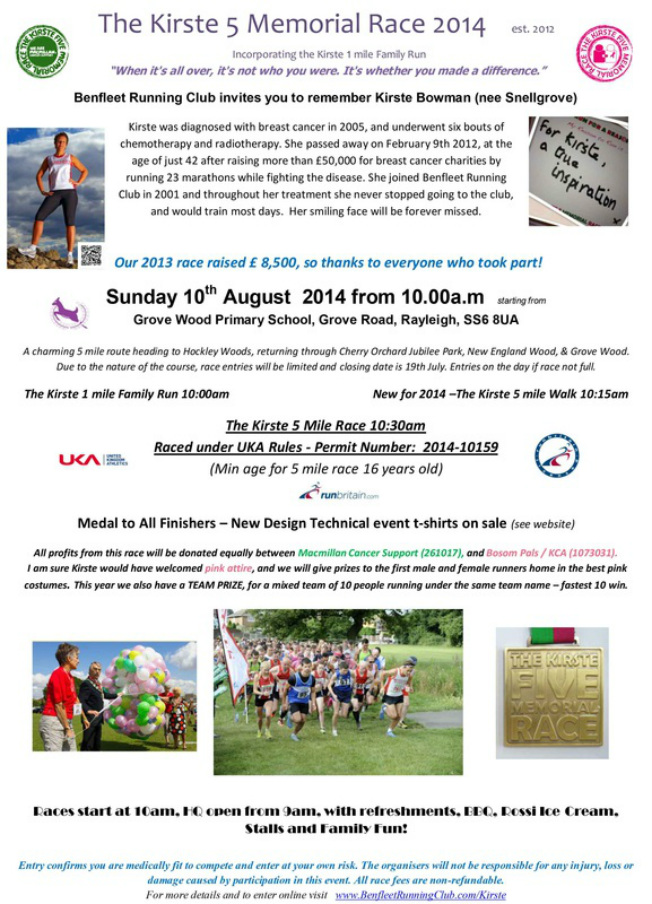